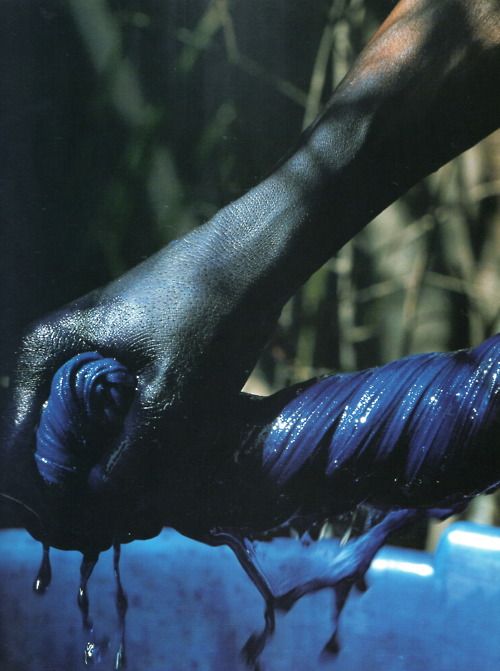 We have blogged earlier about indigofera, the plant indigo dye is made from, and at the same time the name giver of indigo.

But what’s the historical background of the natural indigo dye and how is this deep blue indigo dye applied to the textile?

Indigo dye has been used for thousands of years by civilizations all over the world to dye fabric blue and is among the oldest dyes to be used for textile dyeing and printing. Many Asian countries, such as India, China, Japan, and Southeast Asian nations have used indigo as a dye (particularly silk dye) for centuries. The dye was also known to ancient civilizations in Mesopotamia, Egypt, Britain, Mesoamerica, Peru, Iran, and Africa. Amongst them, India is believed to be the oldest center of indigo dyeing.

Indigo factories e.g. in Pakistan or India used to and some are still useing so called beating vats where the indigo is oxidized – like this British-run factory in India: 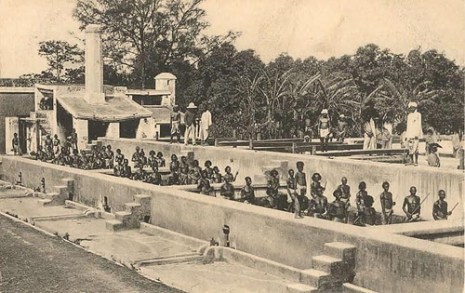 It is not only the oldest, but also the most famous and most widely used natural dye throughout history and is still extremely popular today!

After preparing the vat with the indigo dye, the textile (e.g. cotton or linen) is usually soaked and dried 15-20 times. After dying, the yarn may be sun dried to deepen the color. 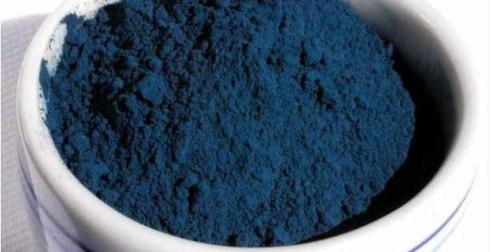 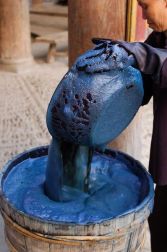 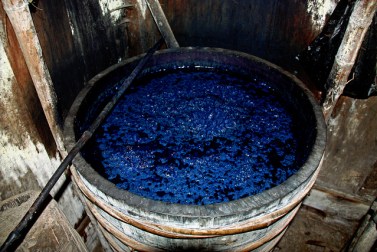 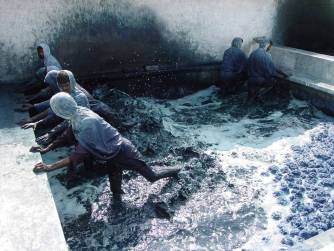 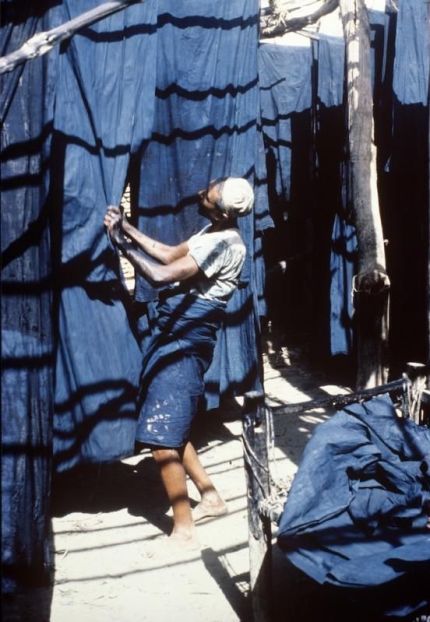 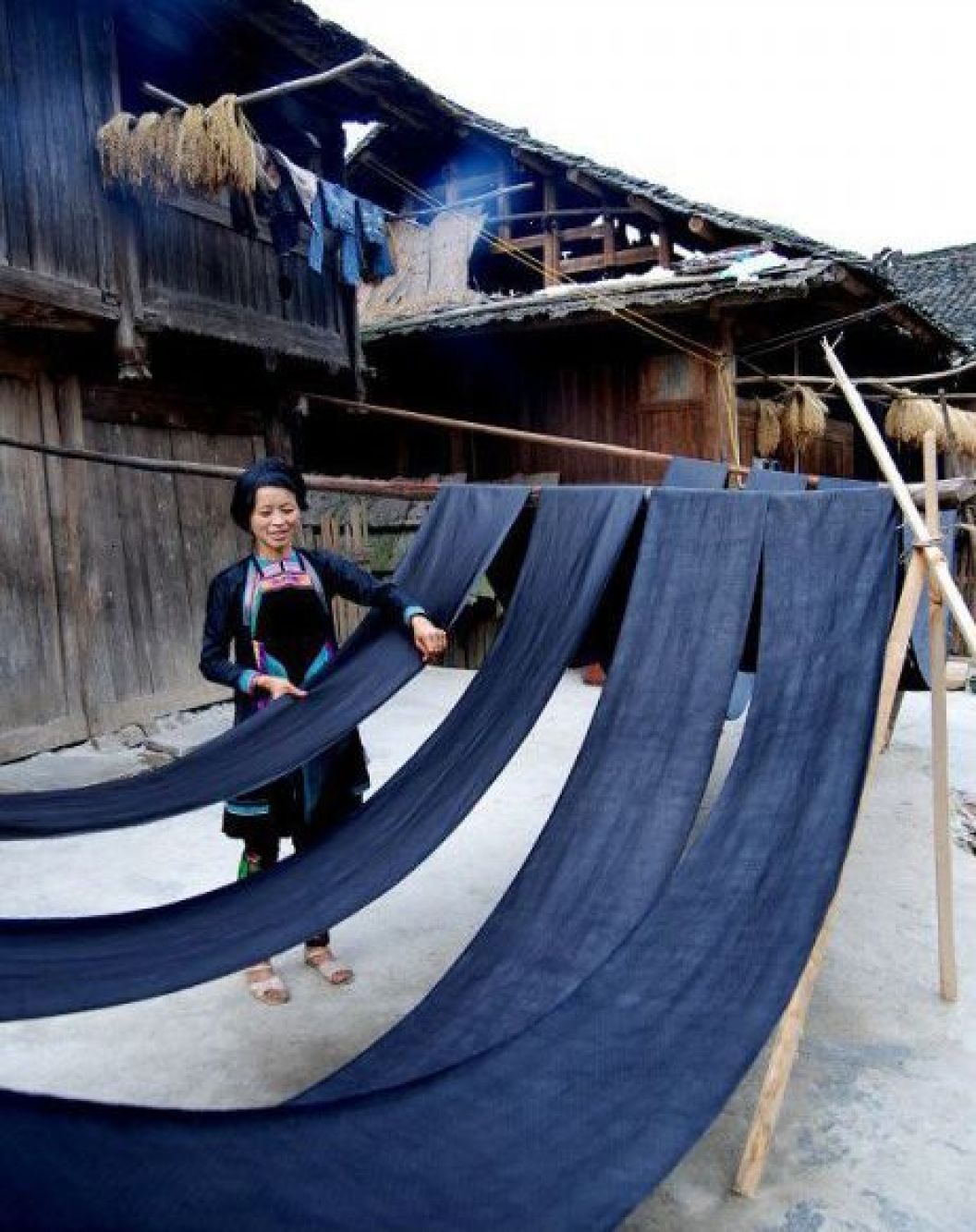 This video gives you a short but informative indroduction to the process of indigo dyeing!